John received a copy of the book, Being There: Why Prioritizing Motherhood in the First Three Years Matters by Erica Komisar (April, 2017) when he met recently with Randy Stinson. For those not acquainted with religious academia, Randy is the provost at the Southern Baptist Seminary in Louisville.  He is also the past president of CBMW (Council for Biblical Manhood and Womanhood, which was established in part by thinkers like Piper and Grudem.) 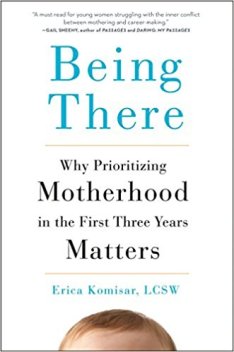 Randy told John he has been passing out this book like candy, even though it is not from a Christian perspective, and considers it important. We think highly of Randy and so if he recommends a book, especially about motherhood, I wanted to read it.

Luv my hub View all posts by Julie